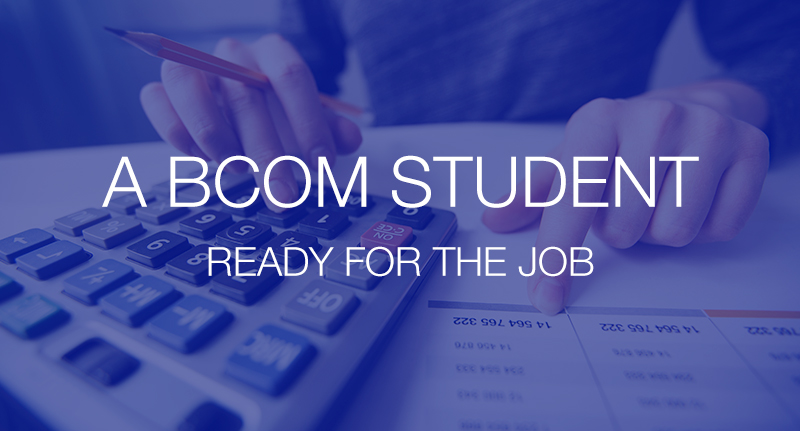 “Ma’m, can I get a job after completing this course?” asked a curious voice. And the sweet reply from a lady was “Oh yes, why not?”

This is not a movie scene. We at Super 20 Training Institute (a.k.a. S20) get such questions from the students day in and day out. But the above question was asked by Rohan – a third year BCom (TY BCom) student exactly a year back. The question was not unique to us, but it was very obvious and unique for Rohan.

Well, Rohan was resident of Ahmedabad and called up the institute for Tally Course. After getting first-hand information over the course, he decided to visit Super 20 Training Institute. After inquiry, he was satisfied that this is the best tally course in Ahmedabad. But he was skeptical about the job prospects. That’s why he asked this question.

Rohan joined morning batch of the institute. Day by day, he was learning. Initially, he was a bit slow on learning. So he took to the mentor at the institute to know what to do. He was advised to put extra 1 hour daily at the institute for practicing what was taught. The trick worked for him. Gradually, he picked up. Rohan was an average student. He got second class in the previous examination of the university. But here he liked the practical approach and practical way of learning thing. The entire course turned out be a guiding factor for Rohan. He got Tally Training, Accounting Training, GST Training, Income Tax Training and soft skills training. This was not only enough. He felt confident about himself after doing the course training.

In reply, the lady handed over him list of three suitable job vacancies, where he can appear for the interview. He appeared for the interviews at two places and got selected at one of his choice. What else does a BCom student need?

Every year thousands of B.Com students get passed from various colleges / universities. All of them face a situation, where, even after getting good marks, they struggle to find a job of their choice. This situation is created because of our education system. Students get passed, but they do not have required skills for the desired jobs.

At S20, we have endeavored to develop courses which help students to improve their skills, which in turn help them in building careers in Accounting, GST, Income Tax etc. Every year, we have hundreds of cases of BCom students like Rohan, who make their career with the help of Super 20 Accounting Training Institute.